Florian Barbarot… somewhere in the abyss

He was a fourth-finalist at Top Chef season 10 (it was in 2019), chef de partie at Auberge de l’Ill, then sous-chef at Auberge de la Pomme aux Damps, however, he worked at Daniel Boulud in New York and at Lampart’s , near Basel, Switzerland. In short, after getting acquainted with the stars in other people’s homes, this traveler from Isère dives into his own bath and makes us enjoy a delicious dip with him. It’s called “Somewhere”. And we are there in the abyss… 1 Rue Ambroise Thomas on the 9th, not far from the Parisian Grands Boulevards. The first floor of your table in shades of green is dedicated to bistronomy. The basement, with its transparent kitchen laboratories, allows you to admire the work of its team of enthusiasts who strive to develop things that are fine, exquisite, playful and rigorous, vegetable and iodized. In short, it’s time to discover Florian Barbarot, 30 years old and full of energy and enthusiasm, like the sommelier Thibault Daubresse, who worked with him previously in Haeberlin. We will mention just one dish, his piece of bravery: red tuna cooked over a wood fire, kebab style, in the dining room, served on puff pastry, with its red tuna tartar heart, pickled zucchini, plus a Pont Neuf apple. . Stars in sight!

Manon Fleury, back in Paris 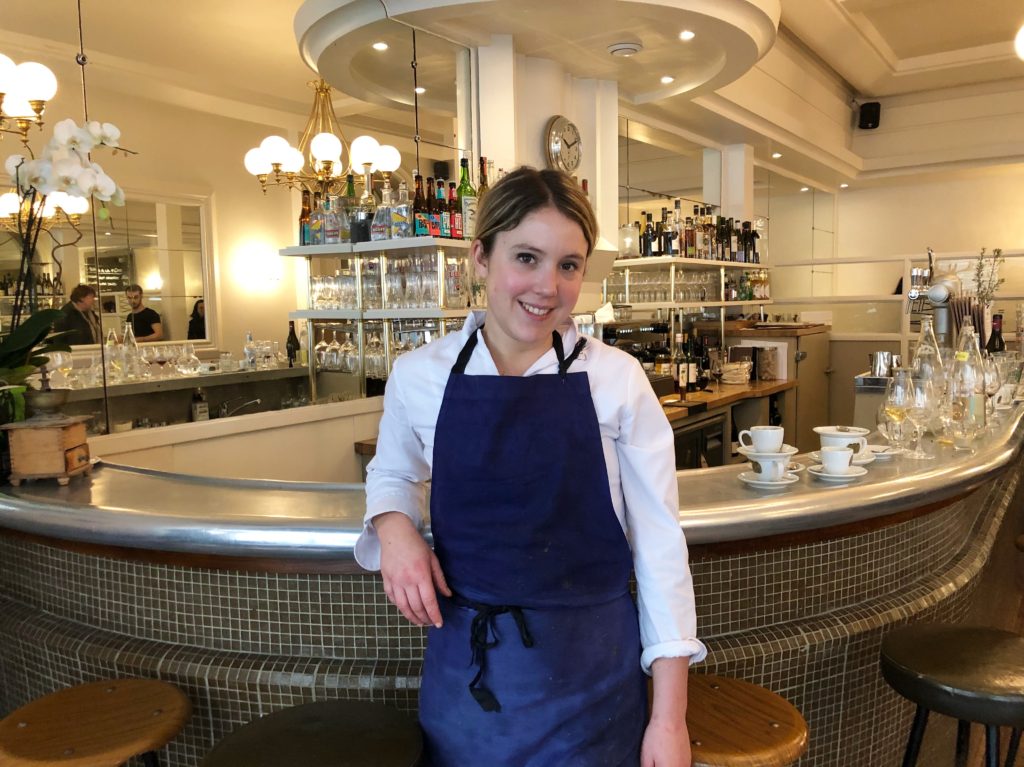 Manon Fleury at the time of Mermoz © GP

We announced to you, a fortnight ago, the arrival of Mélanie Serre in Roquebrune-Cap-Martin, at the Elsa restaurant in Praia de Monte-Carlo, where she replaces Manon Fleury. The latter, who spent only a short time on the Côte d’Azur, will soon return to Paris for two months of “residence cuisine”. She should open at the end of the year, still in the capital, a table in her name. We recall that this former junior fencing champion, discovered in Mermoz, near the Champs-Elysées, after years of training with William Ledeuil (Ze Kitchen Galerie), Alexandre Couillon in Noirmoutier, Pascal Barbot in Astrance and in the USA at Dan Barber’s Blue Hill at Stone Barn is a cook like no other. This e-khâgneuse, who chose to cook, through the Ferrandi school, out of passion, was notably a columnist at France Inter with our friend François-Régis Gaudry for their program “On va goûter”. Following very soon. 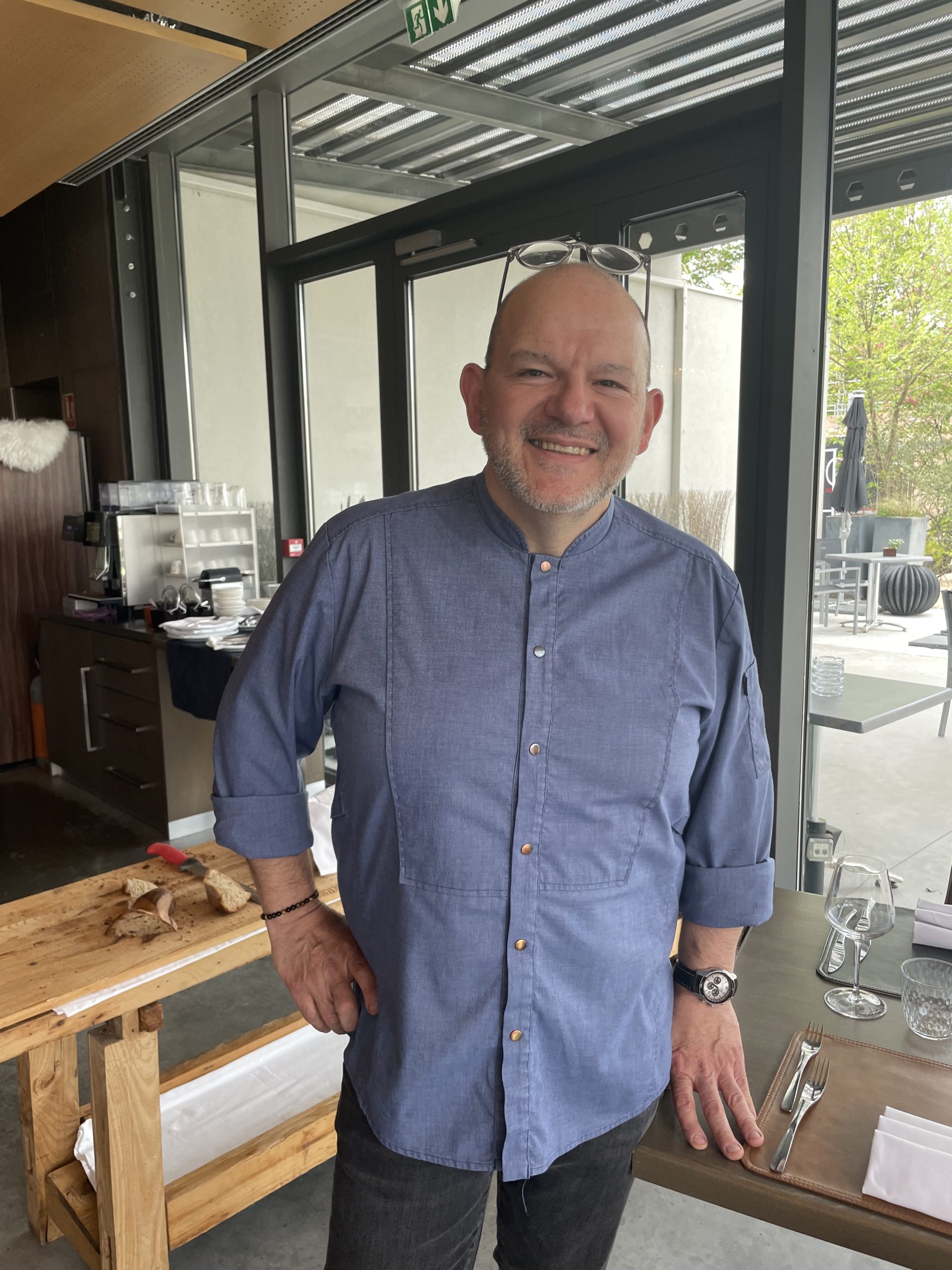 We met Jean-Christophe Perrin once at Toiny in St Barth – that was thirty years ago! -, then at the Moulin de Brantôme in Périgord and at La Galupe in Urt in the Basque Country with his “kitchen father”, Christian Parra, finally at the Caveau d’Eguisheim, where he played a sophisticated and star-studded cuisine with beautiful rustic notes. Here is this native of Luxeuil, of Vosges origin, within the activity zone of a village south of the Alsace wine route, in a bright and modern setting, vast and bright, like a tailor-made loft, overlooking the you came from afar. His sister Patricia is busy at the reception and in the cafeteria, smiling, proposing the great ideas of the moment. Sommelier Amandine Navarette, a Parisian naturalized Alsatian, juggles the beautiful wines from here and around, in white and red, dry or sweet. In short, we are only too happy to feast at reasonable prices, according to a constantly updated menu. This is the best table of the moment to discover in Alsace during a getaway on the south side wine route. 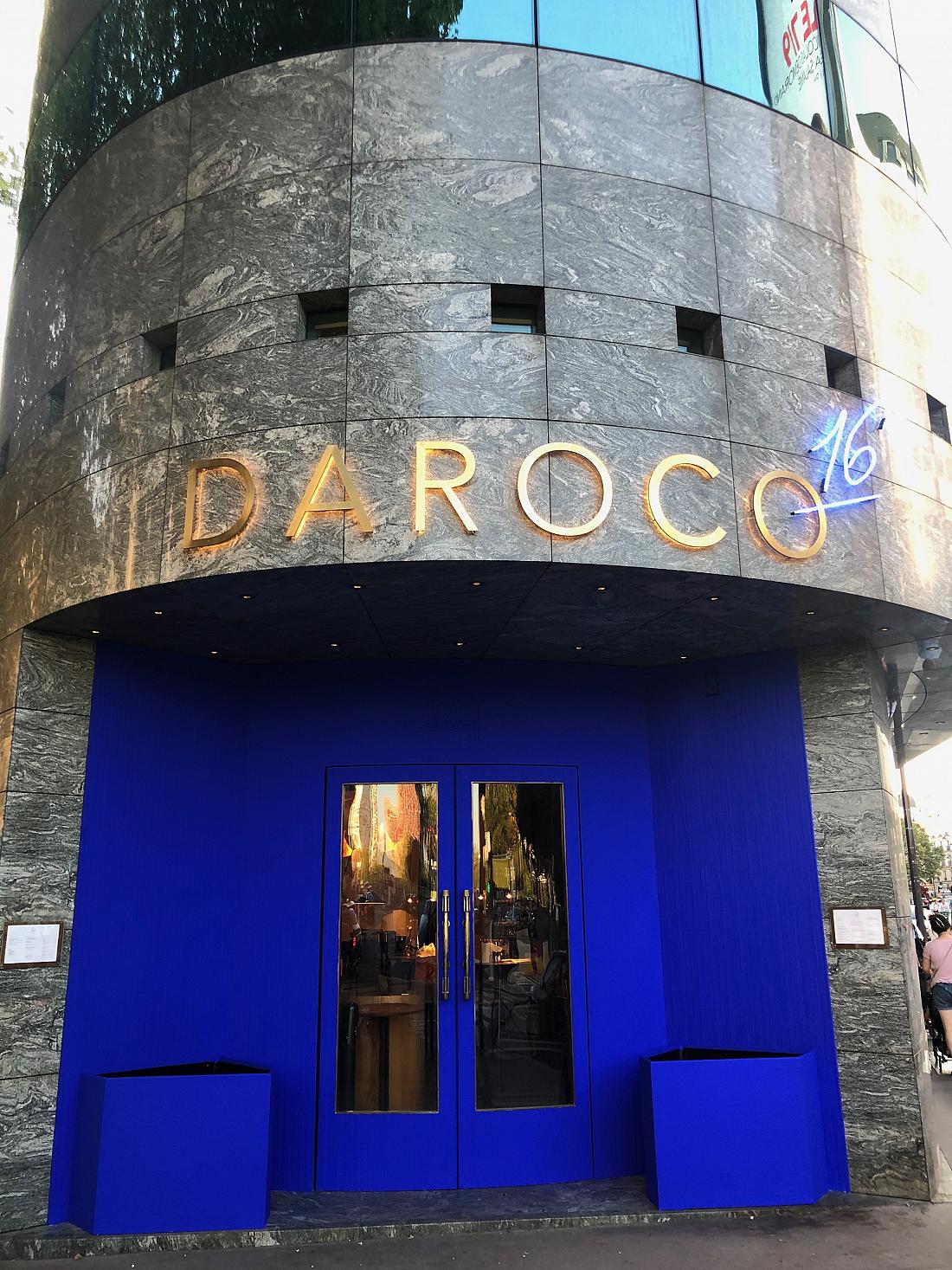 Da Roco’s happy trio – Alexandre Giesbert (son of our friend FOG, who has trained with Pierre Gagnaire and Eric Briffard at the Elysées du Vernet), Romain Glize, Julien Ross – continues to be a hit on the streets. Vivienne, in Jean-Paul Gaultier’s former showroom, as in the old Zebra Square, in front of Maison de la Radio, revisited in a beautiful Italian restaurant in its playful way, with crispy pizzas (as in thearmiiana, with its tomato sauce, fior di lattesmoked scarmozza, aubergine, datterino tomato, parmesan), a fine vitello tonnato, with its fried capers, linguine (with lemon butter) with sea bream tartare or an affogamisu that constitutes a funny mixed between affogato and tiramisu. Now the same team prepares to cross the Channel and open a 3rd “Da Roco”. It will be, in a month, in London, in the trendy district of Soho. Success in sight… 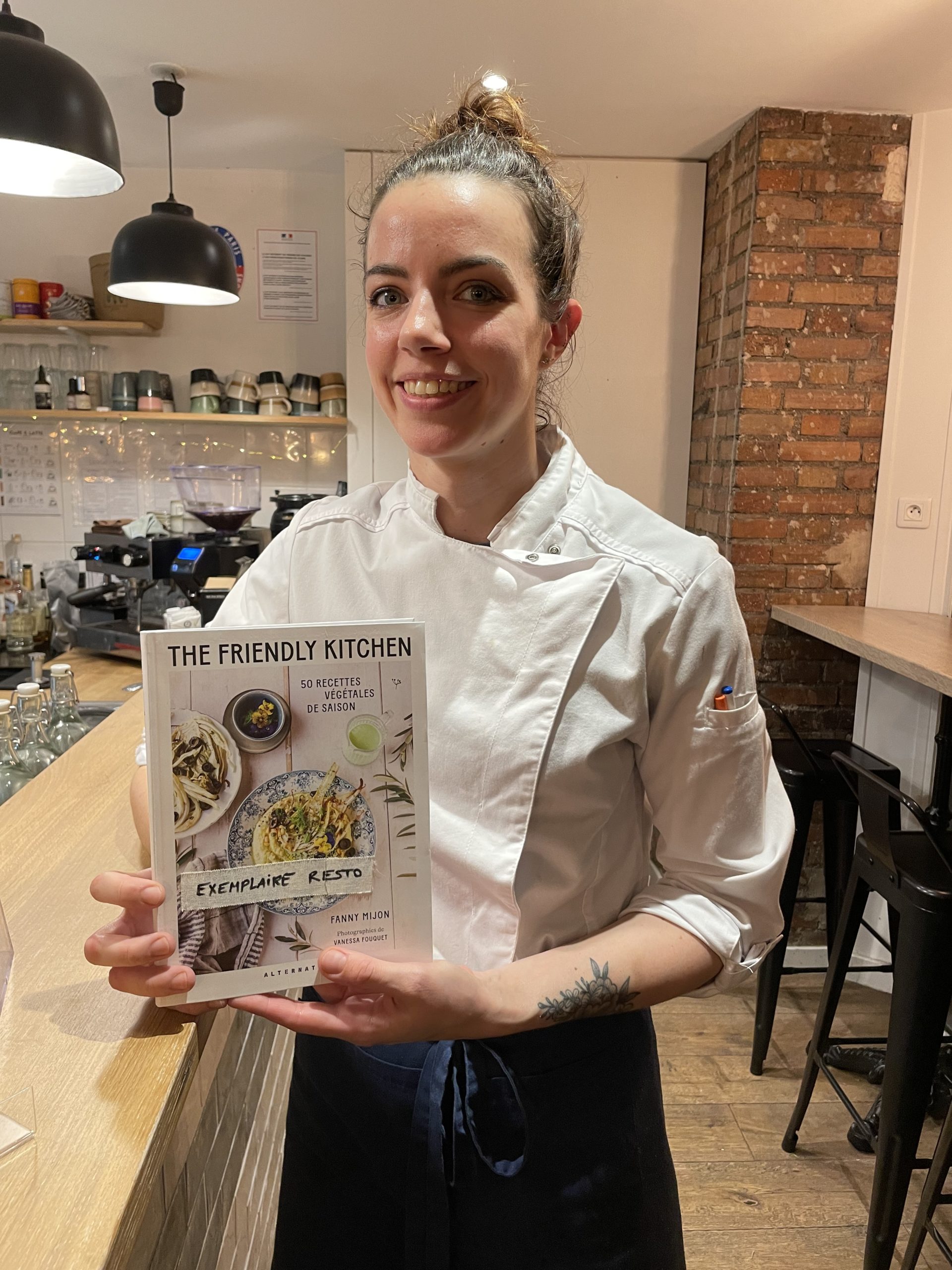 She has worked in luxury, fashion and jewelry. Fanny Mijon took to the kitchen out of passion, after having worked for over a year in pastry at the “VG confectionery” boulevard Voltaire. She made her table dedicated to organic and vegetable cuisine, The Friendly Kitchen, vegan and open, the place of her colorful and tasty research. On the program: a festival of vegetables in all their forms, according to their seasons with seasonings and flavors from elsewhere. Like the “carrot ceviche”, the three-seasoned sweet potato or the “asparagus cheesecake”. Fanny Mijon also published a cookbook with her best tricks. Your Parisian table, located 8 Rua Popincourt on the 11th, it is undeniably worth the detour. 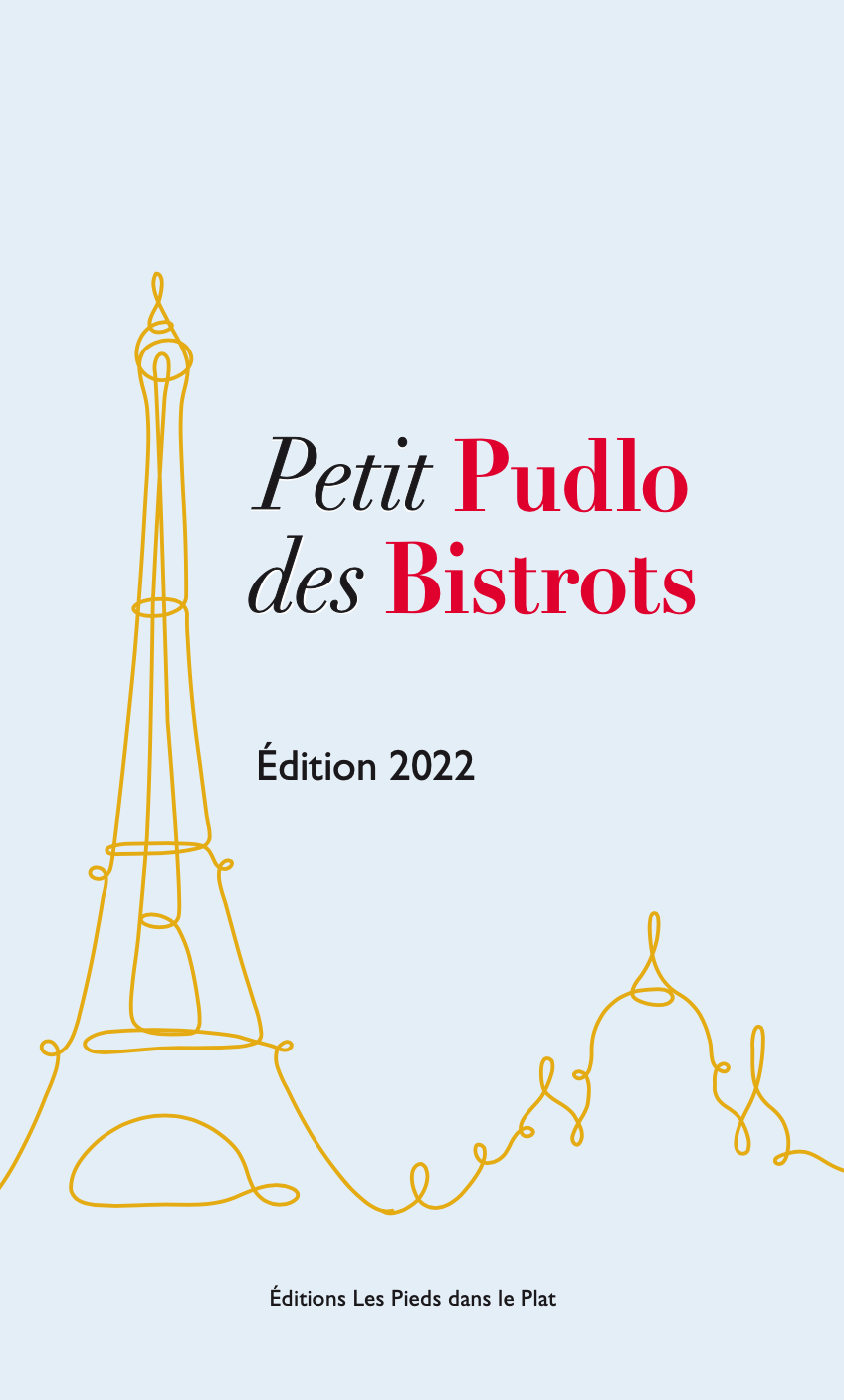 We talked to you a few weeks ago. The event is approaching. We will celebrate Parisian bistros on the 9th of May. Our ambition, with Paris as a starting point: to celebrate every year, with spring, the excellence of the bistro as a way of life. With exclusive content, a selection, events and a guide highlighting this culinary heritage that the whole world envy us. For this, we have partners linked to these same values: Staub and his cocottes, the queen of boiling, the Rungis market, rich ambassador of our terroirs, the Vignobles & Signatures club and its 17 family properties, Alain Fontaine and his association of Bistrots & Cafés. de France, the Ile-de-France region, which includes Paris, the gourmet capital, as well as KNS Lease, which helps young restaurant owners get started financially. For the occasion, a newborn arrives: “Le Petit Pudlo des Bistrots”, offered to everyone, which, in addition to the 6 winners of this 2022 edition, will present a selection of 70 favorite bistros in all Parisian neighborhoods. This collection of good addresses, ambient places and gourmet HQ will be distributed free of charge from May 14th to the 70 award-winning addresses but also available here, in PDF, throughout the year, from May 9th. What inspires you to rediscover these places of conviviality and celebrate the spring of bistros with us. 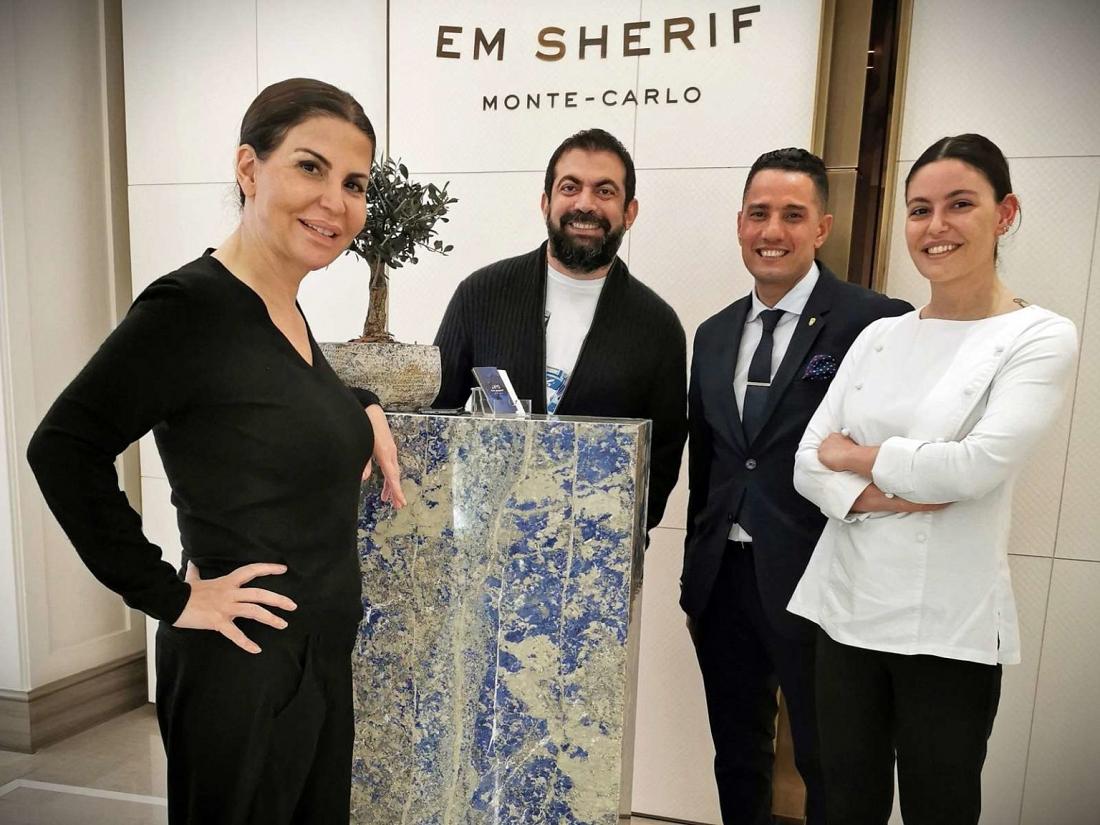 Chefs and brands are on the move like never before in the Principality of Monaco. Yannick Alléno has just installed his Pavillon at the Hôtel Hermitage, with the complicity of his Parisian decorator Chahan Minassian and the relay in the kitchen of his disciple Guillaume Bellayer. Mélanie Serre, who bought the fund of her Louis Vins (in the 5th arrondissement of Paris) from Philippe Austruy with her friend Bertrand Guillou-Valentin, will be, during the entire summer period, the chef of Elsa, where she will be responsible for recovering the star. who flew this year at Monte-Carlo Beach. The latest Monegasque novelty, from SBM’s side? The installation of Em Sherif, a prestigious Lebanese table that replaces Omer, a Mediterranean brasserie signed by Alain Ducasse, which occupied a corner with a garden on the ground floor of the Hôtel de Paris. In charge: chef Mireille Hayek, who created thirteen franchised addresses, from the Middle East to London (at Harrod’s) and whose daughter, Yasmina, passed through the Bocuse Institute in Ecully, Mathieu Pacaud, Jean-François Piège and Rasmus Kofoed in Copenhagen, pilots the Monegasque menu in three versions: In Sherif Restaurant, In Sherif Café, In Sherif Sea Café. In addition to a shisha lounge bar area overlooking the sea. To learn more, click here.