As the bar-restaurant terraces fill more and more with the arrival of summer, Barcelonans are desperate. They’ve been complaining for years about the noise that keeps them up every night.

On one side of the street, a group of three young people drink drinks on the terrace. On the other, a local man in his sixties sighs, looking dismayed. “It became a thirsty street”, he laments, observing the scene.

This diptych takes place in the heart of the Eixample in Barcelona. For years, Carrer d’Enric Granados has been the scene of a struggle between locals and restaurateurs. Some denounce the noise caused by the terraces, preventing them from sleeping every night. The others respond that after the long closure during the pandemic, it is necessary to sell well to live.

“It’s screams, applause, tables and chairs that we drag between 2 and 3 in the morning”, says Jordi, one of the residents, and has been doing so since 2014, when Carrer d’Enric Granados reduced car traffic, giving way to many esplanades of bars and restaurants. To this day, the street has more than 100 terraces and nearly 2,000 chairs, spread over just over a kilometer. “There is almost a bar-restaurant under each building.”, sums up the resident.

A bar-restaurant for each building

A diagram produced by the Catalan daily macaw summarizes the situation, in December 2021, knowing that the number of terraces would have increased since that date according to the statements of the association SOS Enric Granados. For the neighbors, although the terraces extend along the street, the loudest noise is between Carrer de Mallorca and Carrer de Provença, where one of the bars would turn into a “disco” at night.

“The street of 96 bars”: number of buildings owned by residents and bars-restaurants. Diagram: SOS Enric Granados/Ara

One night between midnight and one in the morning, exasperated by the noise, Jordi measured the perceptible volume of his fourth-floor apartment using a cell phone app. “We are talking about 70 or 80 decibels, when my windows are open, while at 22:00 we must not exceed 60 decibels on the terrace”, he declares. A neighbor, who lives across the street from Jordi, says she had to change rooms because she couldn’t sleep on the street. “There are people who got tired and ended up moving”, recognize the two residents.

Homeless people, association members or sympathizers SOS Enric Granados, claim that in addition to exceeding the regulated limit, bars with terraces do not respect the legal closing times. “They are supposed to close at midnight Monday through Thursday and at 1 am on weekends, but obviously this is not respected. They close later, and the noise continues until two or three in the morning, when people leave the bar and restaurant owners drag chairs and tables to tidy up the terraces..” Although residents regularly contact the police to intervene, they do not always move and do not necessarily punish.

But crossing the street is another story. Most establishments blame others and all claim to scrupulously respect noise regulations and closing times. For one of these bars-restaurants, the behavior of some homeless people resembles “harassment”. “A year ago when the police were sent to us almost every week! They do everything to fine us, when we often fail because everything is in order”, exclaims the manager of an establishment. “Some neighbors do everything to make our lives impossible. It’s not fair, after closing during the pandemic, we can no longer work respecting the law!“Exasperated by this recurring issue, he certifies that he does everything to maintain good cohesion in the neighborhood. 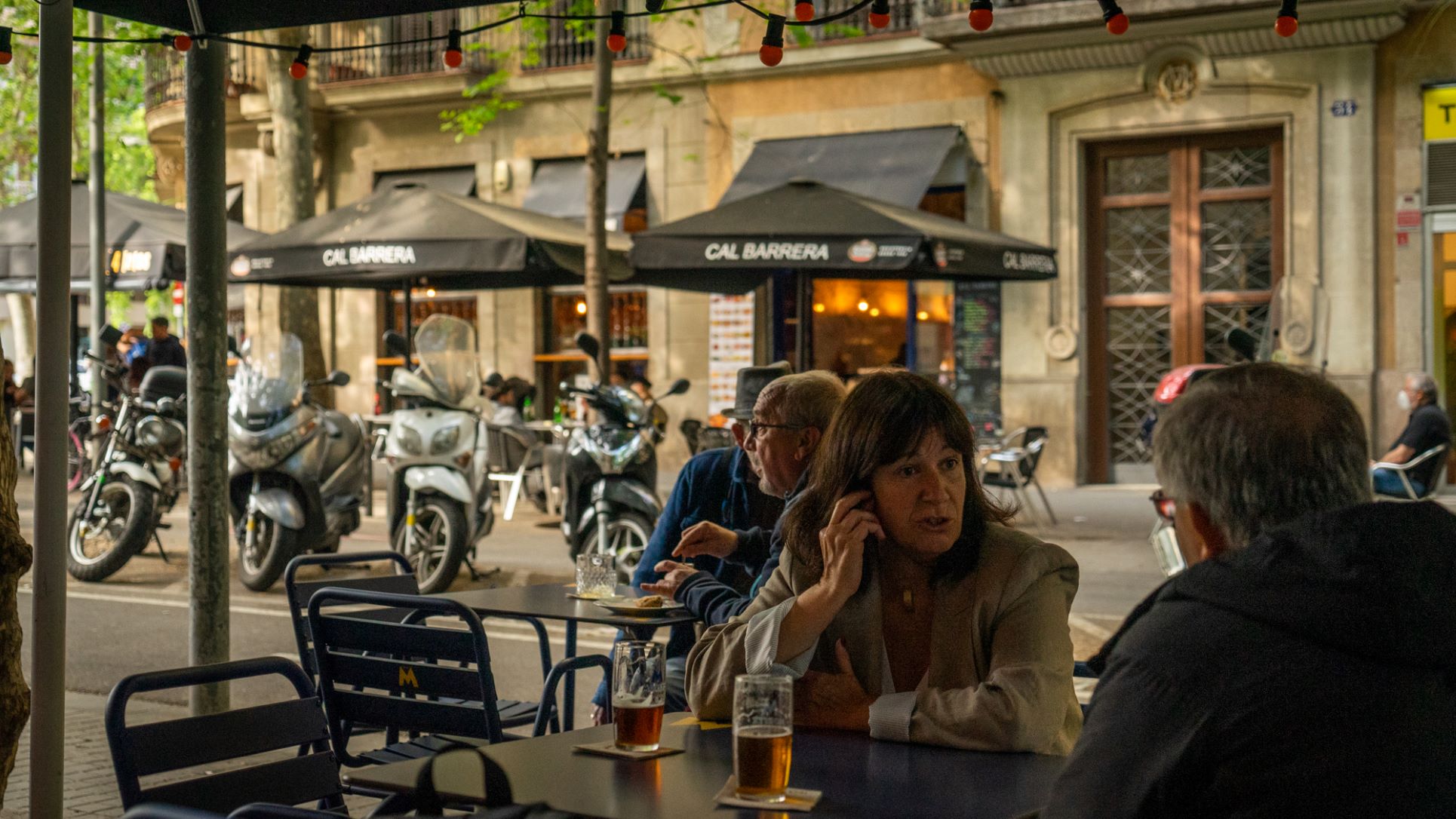 Although the residents interviewed understand the need for restaurant owners to maintain a profitable activity, for them it is a matter of “public health”. “We haven’t slept well, or even not slept at all, for several years. While it is a basic right to sleep, it is very serious.” Another resident, associated with SOS Enric Granados and French, is surprised that the city does not protect the health of the residents of the street. “If an activity prevented the people of Barcelona from eating, the city government would forbid it, but there it does nothing! Not sleeping puts people’s physical mental health at risk!” She does not speak of “living” in the neighborhood, but of “surviving”.

More terraces, with the impact of Covid in Barcelona

Far from simplifying things, the Covid-19 pandemic has complicated the problem, Carrer by Enric Granados. The esplanades have expanded by about 50%, according to estimates by the collective of local residents, and although the special Covid permits ended more than a week ago, the esplanade extensions have not yet been withdrawn. In addition, new establishments are expected to see the light of day as the number of restaurant licenses has been reached in the area. Faced with a massive return of tourists scheduled for this summer, the neighbors confirm: “We’re really scared of what will become”. “The City Council turned this street into a terraced theme park. And we, the residents, seem to be the extras in this theater. You would almost think that when we walk in and out of our house with our cart full of fruits and vegetables, it’s just to give tourists a sense of reality. The feeling that you are in a real city, with real people living there…”, despairs a homeless person.

The association SOS Enric Granados is currently organizing meetings with the city council and the police to try to put an end to his ordeal by legal means. They ask for the removal of the terrace extensions obtained during the pandemic, reduction of the opening hours of bars-restaurants, strict control of the sound volume and sanctions. But in the face of pressure from the catering sector and the authorities’ desire to recover lost tourism in recent years, the conflict seems far from resolved, Carrer d’Enric Granados.

Also read: “We hope it rains this summer in Barcelona, ​​so tourists don’t come”